Ultimate Guide to the FIRE Movement

“FIRE” is the nickname for the “Financial Independence, Retire Early” approach to personal finance. In practice, FIRE is a combination of financial planning strategies and lifestyle decisions that (hopefully) lead to financial independence years before reaching conventional retirement age.

The approach eschews the conventional personal finance approach of gradually building up retirement savings over the course of a 40-plus-year career in the workforce and retiring at 65 or 72 with a gold watch and a plaque on the wall for aggressive saving and investing at a young age.

The goal with FIRE is to build up enough assets to generate an income sufficient to live on, so that adherents can pursue their desired lifestyles without having to work. Successful FIRE proponents have retired in their 50s, 40s, and sometimes even earlier.

The FIRE movement has become popular among Millennials, who have grown up somewhat disillusioned with traditional models that rely on spending many years with a single employer. They also enjoy many more ways to earn incomes via the Internet and in a variety of ‘gig economy’ jobs, which further reduce their reliance on any single employer, nor the vanishing traditional defined benefit pension that their grandparents and great grandparents often had access to.

While this piece will focus more on the financial elements of the FIRE movement, it’s important to note that FIRE is much more than just an approach to savings and investing. It’s a lifestyle. And the goal isn’t just to achieve financial independence, but to attain a desired lifestyle – well before retirement age, while you’re still healthy and active enough to enjoy it. “Your goal should be to move on to something else,” says Carl Jensen, owner of the website 1500 Days to  Freedom, along with his wife, Mindy. “The money in early retirement is just the tool that you use to move to that next phase of life.”

Background of the FIRE Movement

While pursuing early retirement isn’t new, the modern FIRE movement traces its roots back to the publication of the best-selling book “Your Money or Your Life,” by Vicki Robin and her friend Joe Dominguez. 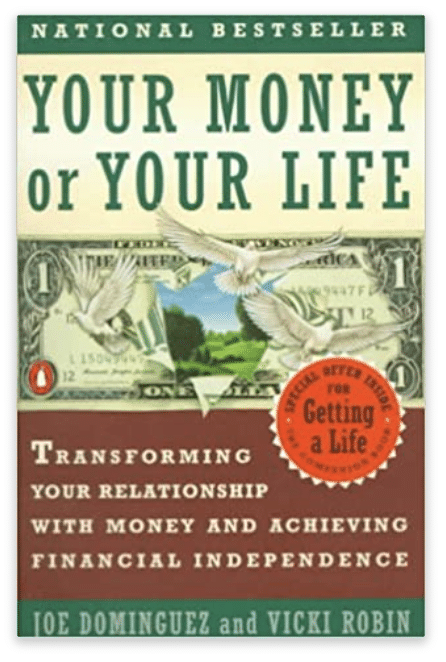 Note: It was also a much higher interest-rate environment at that time: Average CD rates in January 1967 were 5.521%, compared to below 0.5% today.

FIRE adherents also frequently cite another book from 2010, entitled “Early Retirement Extreme,” by Danish astrophysicist Jacob Lund Fisker. Fisker’s book focused on how to become financially independent while earning a median income. His book emphasized the benefits of living well below one’s means, even on moderate incomes, while investing surpluses in the stock market.

Another major influencer in the FIRE Movement is the Website, “Mr. Money Mustache,” operated by and blogger Peter Adeney, of Longmont, Colorado. Together with his wife, Adeney saved aggressively in his 20s while working as a software developer, invested his savings in the stock market, primarily using index funds, and retired in 2005 at age 30. 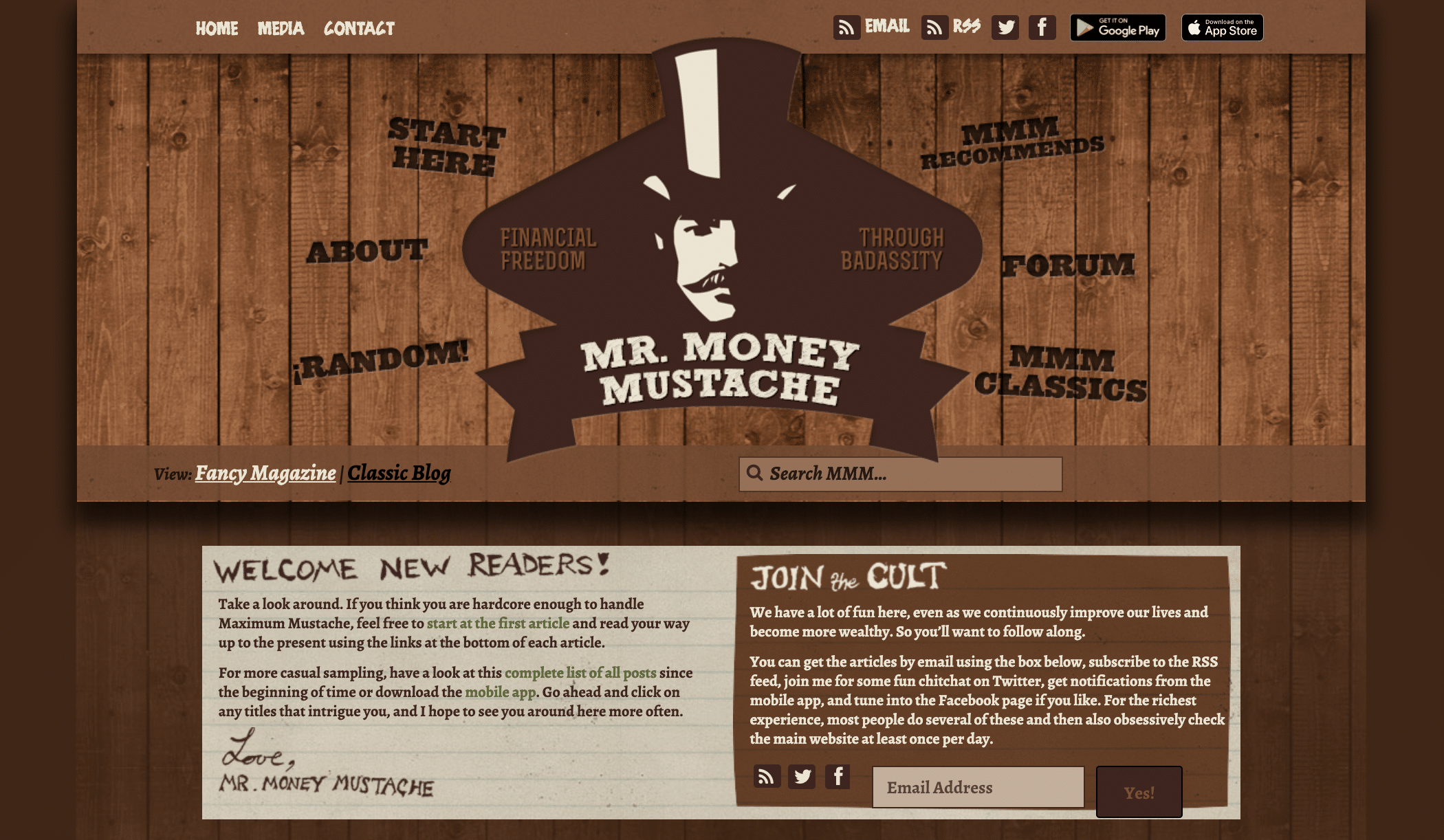 Core Tenets of the FIRE Movement

While there are variations (discussed below), the common elements of the FIRE movement boil down to these:

The recommended 20x-30x goal is based on a common rule of thumb in the retirement planning industry: The 4% rule. This rule, introduced in 1994 by William Bengen, is based on years of backdated stochastic analysis that suggests that historically, roughly 90% of retirees that live on a maximum of a 4% withdrawal rate from retirement age (usually 65), and subsequently adjusted for inflation, will not run out of money during their lifetimes.

The 4% Rule in Action

Suppose you retire tomorrow with a $1 million investment portfolio. In your first year of retirement, the 4% rule indicates that you should withdraw a maximum of $40,000 to spend.

The precise meaning of “financial independence” varies from person to person. But in general terms, it means having the freedom not to work for someone else, or rely on anyone else for income.

For some people, ‘financial independence’ means they have enough assets at hand to be able to quit working altogether. A financially independent person may choose to keep working for personal fulfillment, to keep a family business running as an asset to pass on to the next generation, or to keep loyal workers employed. But they don’t have to!

Some people in the FIRE movement call it “becoming work optional.”

Some FIRE adherents practice extreme frugality during their working years, trying to maximize their savings and investment rate to 60%, 70% of their incomes or even more. FIRE advocates call this approach “Lean FIRE.”

Lean FIRE isn’t for everybody… at least for very long periods of time. Lean FIRE takes a lot of discipline, focus, and delayed gratification. But many people embrace Lean FIRE for a limited period of time to eliminate high-interest credit card debt and jumpstart their savings and investment programs.

Other FIRE followers are more moderate in their frugality, balancing their savings rate with personal enjoyment and other lifestyle considerations while young, and accepting a lower savings/investment rate than their ‘Lean FIRE’ counterparts. This approach is known as “Fat FIRE.”

Another form of FIRE envisions semi-retirement to a more relaxed, lower-stress occupation. These FIRE types are looking to have enough financial independence in later years so as not to rely on their old jobs for the income, but plan to stay in the work force for the health insurance benefits and a bit of extra cash – an approach called “Barista FIRE,” in a nod to Starbucks’ health insurance plan, which is now available even to part-time workers.

Many FIRE practitioners become extremely frugal, seeking to reduce expenses to a minimum and free up as much cash for investment as possible. In addition to reducing obvious expenses such as eating out, designer clothing, and pricey vacations, FIRE fans have taken measures like these:

Related: How to Invest in Stocks - Beginner's Guide

Successful FIRE folks are very good at ‘paying themselves first.’ That is, when they get a paycheck or commission, they consistently meet their savings and investing targets for that pay period, and then spend out of what’s left. They don’t do it the other way around.

By paying themselves first, they make it much easier to resist tempting expenses that might throw them off track.

Have two years’ expenses in cash before retiring.

This is a useful reality check on retirement readiness. Some FIRE practitioners recommend not retiring, even after hitting the ‘magic number’ of having 25 times desired retirement income saved up, without having also amassed at least two years of expenses in cash or cash equivalents (savings accounts, money markets, CDs, or whole life insurance cash value).

This additional cash cushion could be invaluable in the event of a stock market downturn right after quitting your income-producing career. Otherwise, you could be forced to liquidate your investments at fire-sale prices at precisely the wrong time. This would potentially permanently impair your retirement income.

Having a couple of years cash cushion in low-risk, liquid assets might give the ability to ride out a major stock market decline without having to sell good investments at bad prices.

It’s extremely difficult to budget your way to early retirement. FIRE people look for ways to increase their incomes in all the conventional ways:

The difference between the conventional approach and FIRE approach is this: The FIRE person isn’t primarily working for spending money. They are working for investment money.

Downsides and Criticisms of the FIRE Movement

Critics of 4% rule point out that the stochastic analysis includes many years when interest rates on bonds were much higher than they are today, when dividends from stocks were much higher, and when price-to-earnings ratios on equities were much lower. Furthermore, the 4% rule was devised for people who expected to live 20 or 30 years into retirement, not 40 to 60 years, like FIRE fans.

As this Vanguard research report indicates, the probability of success of the 4% rule declines for every year of retirement beyond 30. The earlier you retire, the more likely it is that relying in the 4% Rule would result in running out of money too early.

Another potential downside for some is the overreliance on stocks for rapid growth.

Many FIRE writers point out that stocks, long term, have generated nominal returns as of this writing of a little over 10%, and real returns of around 7.2% to 7.5% above inflation. But most of those historic returns, measured from 1926 to 2021, were generated in a very different market environment.

The Vanguard Group estimates that given current valuation levels, earnings trends, and dividends, stocks are likely to earn real returns of around 4.2% going forward – or less than half their historic return.

Furthermore, those stock market returns are extremely uneven! While stocks have historically generated better returns than other conventional assets, such as bonds, real estate, gold/precious metals, and cash, stocks also carry a lot of risk. There have been periods where stocks rapidly lose 30%, 40%, or even 50% of their value. While recovery from such episodes in recent years has happened quickly (the COVID crash is one example), there is no guarantee that recovery from the next bear market will happen within a few years.

A big market drop right before retirement can put a huge dent in a financial plan – though someone who had maximized their savings for many years would probably be in a better position than someone the same age who had followed a more conventional path of saving 15 to 20% of their incomes.

Also, past performance is no reliable indicator of future results.

Modern FIRE is extremely popular with Millennials. They’re old enough to have been financially aware through the COVID crash, as well as the Mortgage Crisis of 2008. But they aren’t old enough to remember the 70s, and its long, grinding bear market in which stocks lost half their value and stayed in the doldrums for a decade. Millennials should be aware of the effects of recency bias – the cognitive trap that assigns too much significance to recent events and underweights the significance of older events that represent risks that haven’t gone away.

Another thing we noticed: FIRE Literature seems woefully short on quality information about life insurance, disability insurance, and annuities. Part of that may be age bias: Most people don’t buy annuities until they reach their 50s or even later. But an income annuity product, such as an immediate single premium income annuity (SPIA) or deferred income annuity at or near retirement age would help eliminate income uncertainty and help manage cash flows during the retirement timeline.

The FIRE approach to personal finance is spreading rapidly among millennials. Much of the cultural ‘oomph’ in the movement isn’t coming from mass media, but from social media, blogs, and podcasts.

Here are some of the leading blogs in the movement, as of late 2021:

Here’s a list of popular podcasts in the FIRE movement.