Physical Gold vs Paper Gold: Which Should You Buy

Disclosure: We are reader-supported. If you buy through links on our site, we may earn a. commission. Learn more.

Gold has been a reliable store of wealth since the dawn of civilization. Its beauty and scarcity have been valued by peoples worldwide, dating back to thousands of years B.C. Since then, entire civilizations have risen and fallen. Various forms of fiat currency have come into everyday use – and have then become worthless, except to artifacts collectors.

But gold, in any form, has by and large retained its value through the ages.

Yes, it comes in and out of favor. Its market price tends to rise compared to local currencies during times of economic uncertainty and chaos. But unlike paper representations of wealth, the value of gold has never fallen to zero – or anywhere near it.

So what are the options for owning gold? We'll look at physical gold vs "paper" gold and discuss the pros and cons of each.  Let's get started! 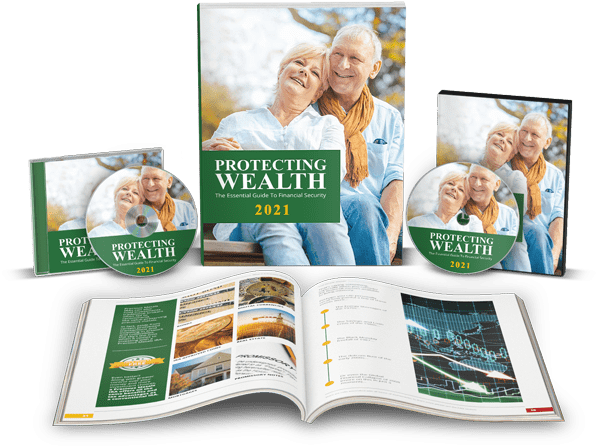 Gold has proven to be a valuable hedge against uncertainty, including the periodic debasement of currency that leads to inflation and hyperinflation.

Most people immediately grasp the ownership of physical gold. It takes multiple forms:

Physical Gold You Can Hold

These forms of ownership have benefits beyond just investing. Many people who own physical gold derive great satisfaction from viewing and handling gold. Gold jewelry and coins are very beautiful. People enjoy feeling the “heft” of gold coins, bars, and jewelry in their hands. And in some cases, gold artifacts, coins, and other forms represent a part of history.

So owning physical gold has appeal not just to investors, but also to collectors and some historians.

But there are many other ways to own gold besides physical possession. These include:

Ownership of Gold Stored by a Third-Party Custodian

People who own gold in IRA accounts must use this method, since the law prohibits taxpayers from taking direct possession of gold held within retirement accounts.

This is the most basic form of gold ownership in basic form. A gold certificate is simply a piece of paper documenting ownership of a quantity of gold owned and stored by the issuing company.  Prior to 1933, when the U.S. abandoned the gold standard that underscored the value of the dollar, the U.S. Mint issued gold certificates, with face values equal to their dollar denominations, representing claims on gold held by the U.S. Treasury. These certificates were legal tender, just like dollar bills. However, in 1934, these certificates were replaced by dollars – which have lost more than 80% of their value since then.

No wonder the government wanted to drop certificates.

ETFs, or “exchange-traded funds,” are index mutual funds whose shares are publicly traded on stock exchanges. These are very efficient and convenient investment vehicles, generally with low expenses. However, when you buy shares of an ETF or any other fund, you don’t have ownership of the gold itself. You have ownership of shares in the fund. The fund directly owns the gold. You don't. Exception: Some gold ETFs, such as the Van Eck Merck Gold Trust (OUNZ), will actually deliver physical gold on request.

These are simply shares of companies that own and/or operate gold mining operations. When gold does well, their shares typically rise. They may also rise if the market learns they have had success in finding a vein of gold in one of their mines.

In recent years, another form of gold ownership has emerged in the form of cryptocurrency. Examples of gold-backed cryptocurrencies include the AABB Gold Token (AABBG), Tether Gold (XAUt),  and the Perth Mint Gold Token (PMGT).

Each form of gold ownership has advantages and disadvantages.

Let’s start with physical possession of gold bullion, which consists of gold coins, bars, and rounds manufactured specifically as a unit of storage and measurement of a specific weight of gold.

Related: Safeguard Your 401(k) or IRA with this Little-Known IRS Loophole

Physical Gold vs Paper Gold - which should you buy?

There are several disadvantages to holding and storing physical gold, as well:

Related: How to Diversify Your Retirement with Physical Precious Metals Like Gold & Silver

Owning gold via one of the several paper forms of ownership also has some advantages:

The disadvantages of paper gold ownership include the following:

So which is preferable: Owning physical gold, or owning paper gold assets?

The answer depends on your situation and your assessment of the risk. It also depends a great deal on your faith and confidence in the ongoing stability of the financial system.

If you think there’s a real risk of general societal collapse that will take down financial institutions and the general rule of law, you might want to lean towards physical possession: The government can’t confiscate gold they don’t know about.

On the other hand, if you are confident in the major institutions in your country, and are just trying to build a balanced portfolio using asset allocation, while keeping fees and bid-ask spreads to a minimum, you might consider one or more paper options.

If you are a speculator, then you might be attracted to the potential upside of owning one or more gold mining stocks – even with the potential risks of owning any single company’s stock.

And for many, a balanced approach may be best, combining both physical and paper forms of gold in your portfolio.

Ilir is the editor at incomeinsider.org. He is a cryptocurrency and precious metals enthusiast and has been publishing articles on alternative investments since 2013. He also blogs about entrepreneurship and digital marketing. When he's not creating content online, he's spending time with his family.

What is Uniswap? A Complete Beginner’s Guide

What is Uniswap? A Complete Beginner’s Guide

Safeguard Your 401(k) or Investment Portfolio with Gold & Silver (Tax-Free).

Get the FREE 2021 Gold IRA Kit Americans Are Using to Protect Their Retirement Savings Today...

No thanks, I'd like to stay in the dark.