Ethereum: How Does it Work? Why Does it Matter?

After Bitcoin, Ethereum is the second biggest cryptocurrency by market capitalization. But what is it, how does it work, and why does it matter? These are some of the questions we’ll be looking at here. First, how did Ethereum begin?

Table of Contents
A Brief History of Ethereum
Ethereum, Ether, and Gas? What's the Difference?
Why is Ethereum Such a Big Deal?
Title Transfers
Crowdfunding
Tokenization of Assets
Diplomas and Certificates of Authenticity
Voting
Sounds Great. But What’s the Catch?
ICO Scam Bonanza
Ethereum Competitors
How do I buy Ethereum?
CoinBase
Binance
Bittrex
Ethereum IRA
What Does the Future Hold for Ethereum?

Buy Ethereum Tax-Free with Your 401(k)

A Brief History of Ethereum

Bitcoin brought about a simple but revolutionary innovation; an immutable ledger— the blockchain. With Bitcoin, it was possible to secure an unchangeable record of transactions, which allowed a public record of who has how much money.

This is much like a ledger used by bank, except that anyone can see the entries, and only the account owner can change the amount of money in the account. A marvel of cryptography.

Bitcoin was originally built so that transactions could contain additional data. At first, this additional data was just used for making notes about a transaction. At some point, however, people started to realize that you could also put programming code inside of this extra data. And so the idea of “programmable money” was born.

But the amount of data that could be included with bitcoin transactions was very small. So some bitcoin developers proposed expanding this limit, in order to allow more space for code. After a fierce debate, this proposal was shot down on the grounds that it would take too much space.

All bitcoin transactions are stored by many people, all around the world, and this also makes the network secure. No government can shut down the bitcoin network, since it would be impossible to track down all the nodes. It was feared if the ledger got too big, fewer people would be able to maintain a copy of it, which could make the network vulnerable and threaten bitcoin’s unique value.

The authors of the rejected proposal were not discouraged, however. They developed a concept for a new cryptocurrency network, specially designed to allow programs on its blockchain. Envisioned as a “world-computer,” it would allow for the decentralized execution of immutable programs stored on a blockchain.

And so Ethereum was born.

Ethereum describes the entire network, which includes all of the nodes. Nodes are people or organizations that maintain a copy of the Ethereum blockchain.

Ether (ETH), on the other hand, is the native currency of the network. Any operation that involves making a change to the blockchain— creating a contract, storing data, or making a transaction— requires ether.

Since cryptocurrency prices tend to be very volatile, a separate unit called “gas” was created to make the cost of using the network more stable. The cost of an operation is paid in ether, so when you run an operation, you have to define how much ether you are willing to pay per unit of gas.

Ethereum: What is it? Why does it matter? #Ethereum #ETH

Why is Ethereum Such a Big Deal?

If Bitcoin is disrupting the monetary and banking system, Ethereum stands to disrupt the government and legal sectors. Including code on an immutable ledger like a blockchain opens the possibility of running smart contracts.

What this term actually means is that they can be automated, which could save an enormous amount of paperwork. Ethereum developers created a new programming language called “Solidity,” which is used for coding smart contracts, and is easy to learn and read.

Let’s consider a few of the ways in which these contracts can be used.

Founded in 2012, Coinbase is one of the largest, oldest, and most widely used cryptocurrency exchanges in the world.

Current Promo: Earn $5 in free bitcoin with a new account.

Consider, for example, the process of buying a car. You give the seller the money, then he reports the sale to the licensing agency. He gives you a bill of sale and a title for the car. Then you go into the licensing agency with your ID, show them the bill of sale and the title, pay a fee, and then wait several weeks to receive a new title in the mail.

All of this is necessary to prove ownership of the car. Otherwise a car thief could steal a car, claim that it belongs to him, and no one would be able to disprove the claim.

With a smart contract, all of this can be automated. The seller of a car (let’s call her Alice) can have a secure digital identity represented as a wallet address (similar to an email address). The title of the car is represented as a unique digital token on the blockchain. If that token is held inside of Alice’s address, it means it belongs to her.

If Alice wants to sell the car, she can put the title token into a special smart contract wallet address. This wallet address could contain instructions like “If $10,000 are transferred into this address by Bob, then transfer car title token to Bob, and transfer $10,000 to Alice.”

The record of the transaction and the transfer of title is saved on the blockchain, and is visible to everyone. The government doesn’t need to maintain a secure database with all the records of vehicle ownership. Nor do they need to verify anyone’s ID’s if the wallet addresses are already been confirmed. And the car can be resold instantly.

Millions of cars are sold every year, so a process like this could save countless hours of labor. And this applies to many other processes as well; real estate, escrow, and notarization as well.

Crowdfunding has been the most commonly used application for smart contracts so far. Contract logic might look something like this: “If $1 million dollars is received, release funds. If not received by January 30th, then return funds to senders.”

This is exactly what platforms like Indiegogo or Kickstarter do, except with Ethereum, no one controls the contract. One advantage of this is that fees are lower than with traditional crowdfunding campaigns. The most common form of crowdfunding on Ethereum is initial coin offerings (ICO’s).

Tokens on the Ethereum network can represent just about anything; gold, real estate, shares in companies, land, or even virtual trading cards.

Diplomas and Certificates of Authenticity 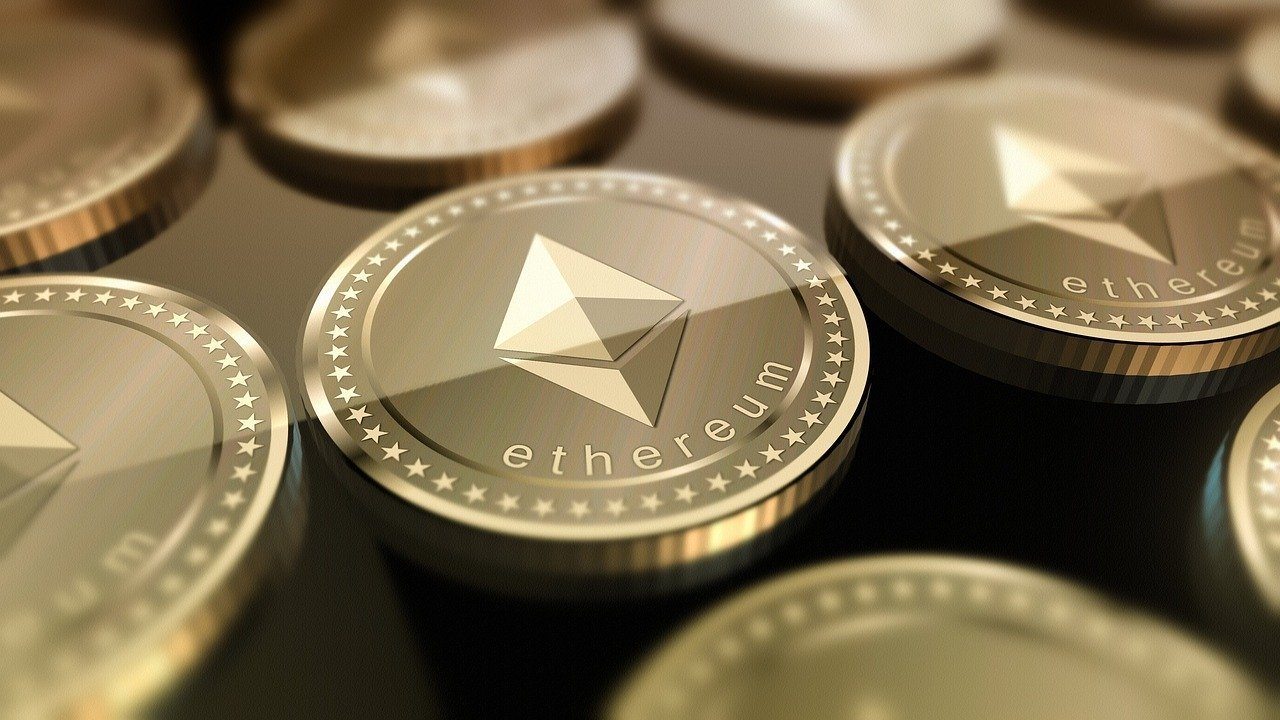 Sounds Great. But What’s the Catch?

It might sound too good to be true. The theoretical potential of the technology is vast, so some people started dreaming of a utopian future where blockchain would solve all of the world’s problems.

This turned into a speculative frenzy in late 2017 to early 2018. If Ethereum could really do all of these amazing things, and you need ether to use the network, the demand for ether in the future would be vast. All of this demand would mean that ether could one day become very valuable.

Related: Diversify your 401(k) retirement plan with bitcoin, ethereum, and other cryptocurrencies...

But there’s a big difference between theory and reality. As Ethereum gained popularity, it quickly became clear why the Bitcoin community rejected the idea in the first place.

One of the early dapps was a card trading game called “Cryptokitties.” Similar to Pokemon, the game featured cute cats, each of which was unique and represented by a unique token. When the game started gaining popularity, the volume of trades clogged the network, leading to long delays.

The question was, if Ethereum cannot handle a spike in popularity of a cartoon cat trading game, how is it supposed to replace the world’s legal and governmental systems?

The Ethereum developers responded with a number of proposals to make the network more scalable. Two years later, these proposals have not yet materialized, although the network is functioning. Most dapps have also been criticized for poor user experience, and have failed to gain serious traction.

To date, the vast majority of activity on the Ethereum network has been crowdfunds, many of which were fraudulent. It quickly became clear that Ethereum enabled the creation of unregulated securities—  and there is a reason that securities are regulated.

Without regulation, many completely fraudulent projects promised to revolutionize the world with amazing technology. But a lot of this was just hot air, and anonymous developers disappeared with millions worth of funds. Other developers were sincere but completely unable to deliver on their promises, leaving some investors bankrupt.

In addition to these challenges, Ethereum also has to deal with increasing competition.

Once Ethereum started to take off, a large string of competitors appeared, each claiming to be technically superior to Ethereum. NEO, Ark, Lisk, EOS, Tezos, and others all jumped into the game, eager to take a piece of the market. Each of these has different strengths and weaknesses, and there are dozens more, some of which are legitimate, interesting projects, and others which are not.

How do I buy Ethereum?

The most well-known, reputable and user friendly online exchange for buying ETH is Coinbase.

Coinbase is a safe and secure platform that makes it easy for investors to buy, sell, and store cryptocurrency. The U.S. based company currently supports the major coins such as Bitcoin, Ethereum, Litecoin, Ripple, as well as fifteen additional crypto assets.

Purchasing ETH requires verifying your identity and linking a bank account, but once you do this purchasing ETH is relatively straightforward. If you're brand new to investing in crypto markets, I'd recommend using Coinbase. Just link your bank account or credit card and get started. 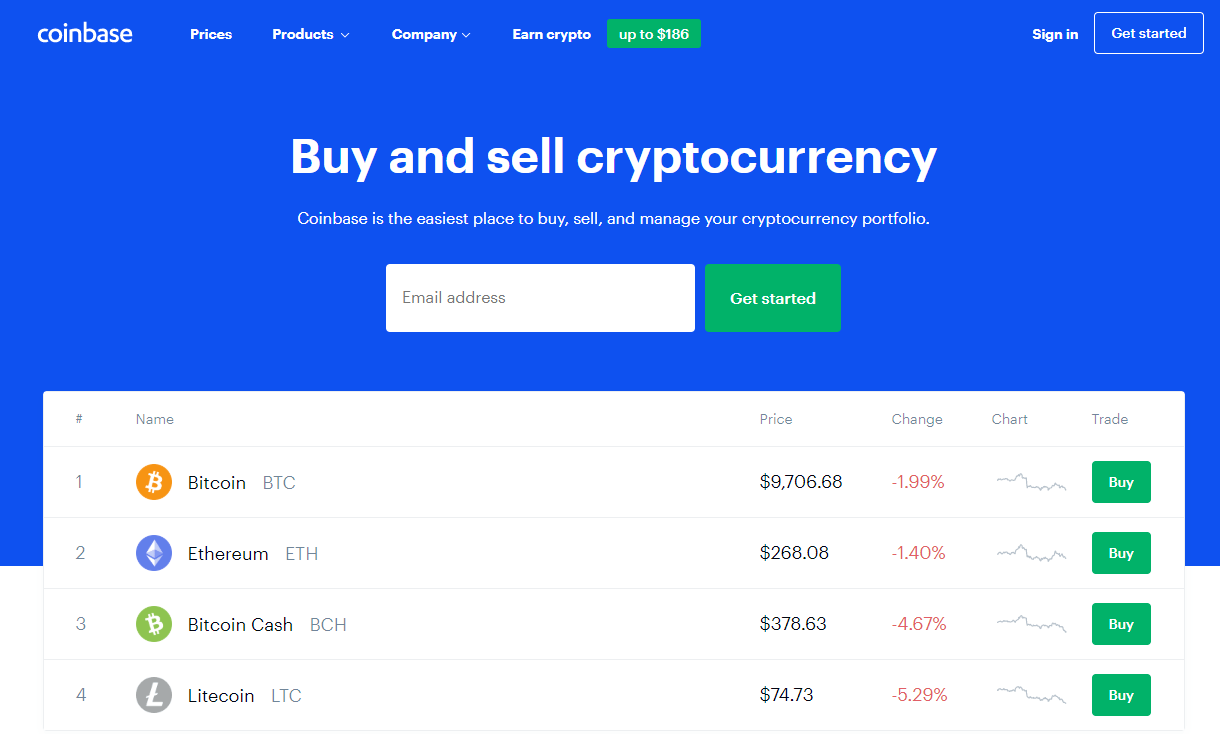 Binance is another one of the larger cryptocurrency exchanges. Binance does more than $3.5 Billion in daily volume and at the time of this writing allows you to buy, sell, and store more than 120 crypto assets.

Another investment strategy that is growing in popularity is buying ethereum (ETH) with retirement funds. Investors can now rollover or transfer funds from a qualifying retirement account into a self-directed IRA. You can use this self-directed IRA to buy Ethereum and other cryptocurrencies.

There are "bitcoin IRA" companies that specialize in these transactions and are ready to walk you through the process. While often referred to as a "bitcoin IRA," these self-directed IRAs can hold a diverse mix of cryptocurrencies and other alternative assets such as physical gold or silver.

Here's a short list of reputable Ethereum IRA firms that are fit to setup your IRA:

Below is a short video by BitIRA, explaining how to buy Ethereum for an IRA.

Thanks to a high demand for Ethereum, almost all of the reputable Crypto IRA companies support Ethereum (ETH) for their IRA clients. 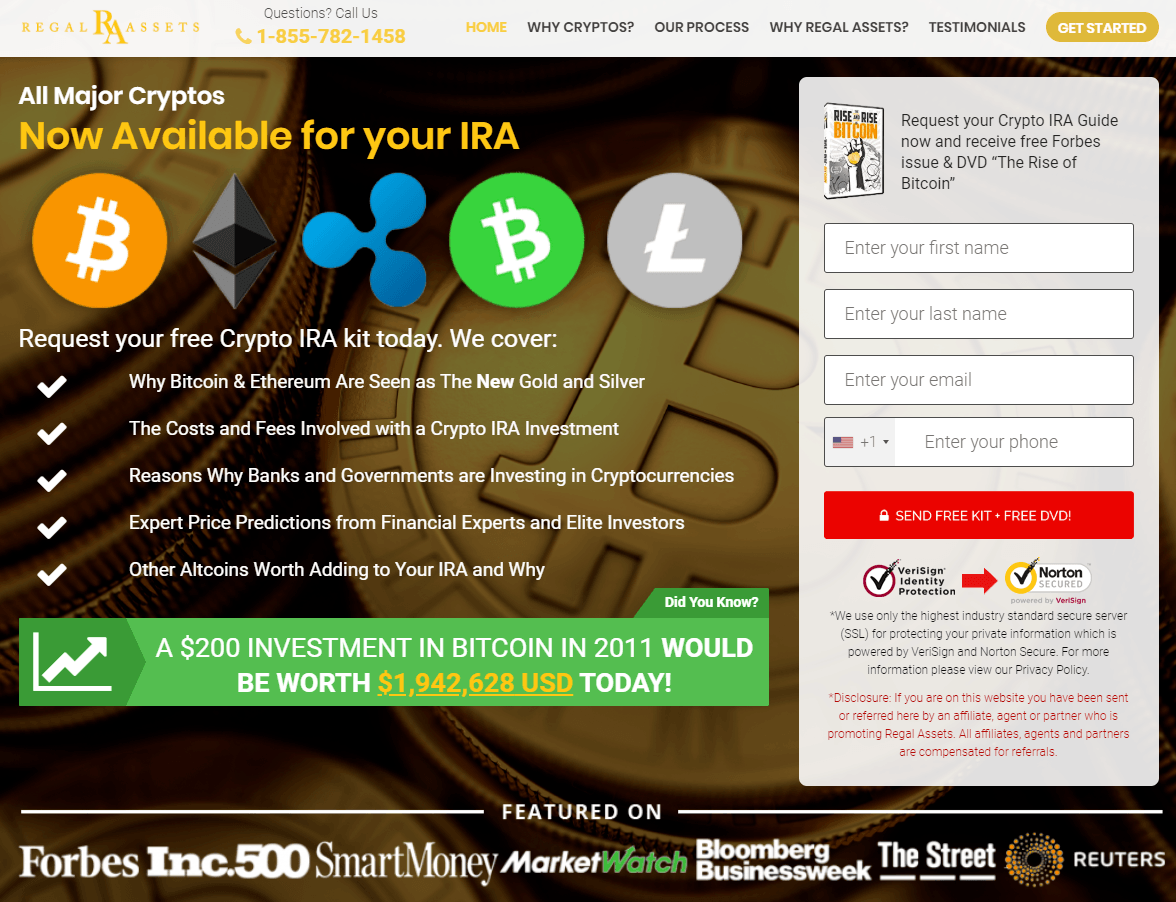 RegalWallet.com: One of the top Crypto IRA providers

What Does the Future Hold for Ethereum?

In spite of all the challenges facing Ethereum— the struggle to scale, a reputation damaged by scammers, and intense competition— it remains the largest platform of its kind. Solidity now has a lot of traction, and is the most widely used smart contract language in the world.

Some of the developers who got rich from Ethereum are using their wealth to help grow the Ethereum ecosystem. Big names like Microsoft, JP Morgan, the United Nations, and various governments are testing and developing Ethereum applications.

Will Ethereum be able to overcome its scaling issues and become a “world computer?” Or will we see a future with many different blockchains tailored to different uses? Only time will tell.