Ethereum Classic (ETC) attracted a lot of attention in mid-2021 with a spectacular 1000% rally from $15 to $150 dollars in the space of a month. This is not the first time Ethereum Classic has been in the spotlight, however— it traces its origins back to what was at the time one of the biggest cryptocurrency hacks in history.

So what’s the difference between Ethereum and Ethereum Classic? What’s behind the sudden surge in interest? This article will explain some of the key differences and the arguments for and against two of the world’s most prominent decentralized application platforms.

Ethereum Classic was born in the events surrounding an ambitious but ill-fated experiment— the DAO (Decentralized Autonomous Organization). The DAO was a series of smart contracts designed to function much like a venture capital fund, but with total transparency and shareholder governance.

Everyone who contributed Ether (ETH) to the DAO would receive DAO tokens, which could be used to vote on which projects the fund would invest in. It all sounded very exciting, until some critical flaws were discovered in the DAO’s code.

Before the bugs could be patched, a hacker exploited several bugs (or rather “loopholes” in the smart contract) to drain 3.6 million Ether, worth around $50 million at the time— 14% of the total supply of Ether at the time.

In the aftermath of the hack, a heated debate broke out about how to deal with it. Ethereum founder Vitalik Buterin proposed changing the Ethereum blockchain to “erase” the hack from history. This method, known as a hard “fork,” would require all the miners to accept a new version of the blockchain. Eventually, the majority of the Ethereum community came to support this proposal.

Another faction, however, argued that this was compromising the idea of immutability, the main selling point of blockchain technology. This group also argued in favor of the concept of “code as law.”

In their view, a smart contract is a legally binding document, and what the hacker did was not actually illegal since it followed the terms of the contract. Modifying the blockchain would be a compromise of the principles of immutability and decentralization, completely contradicting the original purpose of the network, which was to protect data against human manipulation.

Related: What is Monero? A Crash Course in the Leading Privacy Coin

Ethereum Classic supporters had a different set of values than the rest of the Ethereum community. The distinct values of the two groups have had major effects on the development of each project.

Not long after the split, Ethereum Classic moved to a fixed-cap monetary policy, setting the total number of ETC at 210.7 million. By contrast, the Ethereum network has an unlimited supply, although the block reward (and thus rate of issuance of ETH) is reduced at regular intervals.

Ethereum Classic also adopted a mechanism for decreasing supply as time goes on. Every 5 million blocks, the block reward is reduced by 20%.

Ethereum, like Bitcoin, originally operated on Proof of Work consensus. The Ethereum community, however, decided to gradually transition to Proof of Stake, believing it to be more environmentally friendly.

Ethereum Classic has chosen to follow the same path as Bitcoin and stick with Proof of Work.

Obviously, Ethereum has achieved much more success in terms of distribution. As of mid-2021, Ethereum’s market capitalization was over $300 billion, while Ethereum Classic was under $10 billion.

The Best of Both Worlds?

Ethereum Classic’s monetary model is much more aligned with the economic theory behind Bitcoin. Bitcoin advocates tend to be vocal opponents of Proof of Stake, which they view as having fundamental flaws that will tend towards centralization in the long run. By choosing the path it did, Ethereum Classic positioned itself as a competitor to Ethereum that has remained true to the core values that make Bitcoin so popular. 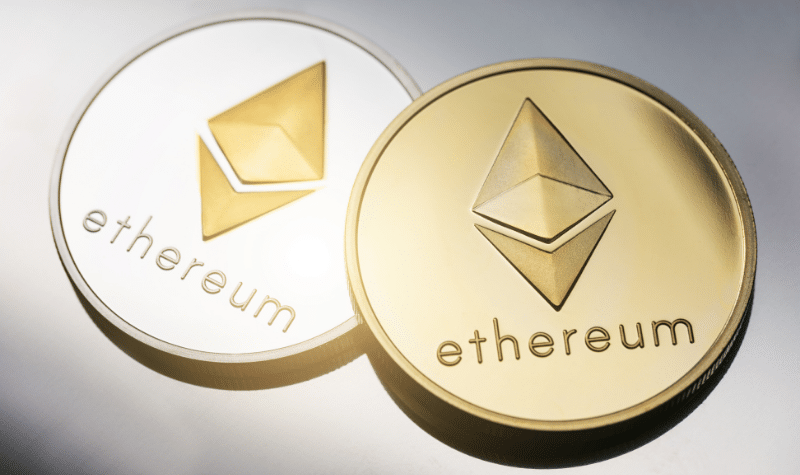 In this way, Ethereum Classic is able to offer many of the advantages of Ethereum, but without a number of design choices that are unpopular with some cryptocurrency users and developers.

Since Ethereum Classic is a much smaller network than Bitcoin or Ethereum, it has also suffered a number of 51% attacks in mid-2020. This casts some doubts on the viability of Proof of Work for smaller networks.

Given the importance of immutability for smart contracts, the danger of 51% attacks is a factor which makes many analysts skeptical about Ethereum Classic’s future.

Related: 5 Reasons You Need Crypto in Your Retirement Portfolio

Possible Arguments in Favor of ETC

At the same time, it’s unclear if Ethereum will really be able to scale as planned. It may be that there are limitations on how much a blockchain can do while still retaining decentralization.

Ethereum still suffers from network congestion during periods of heavy use. Ethereum Classic, although less popular, does not suffer from these issues. If the future ends up being a “multi-blockchain” world due to scaling issues, it could make smaller chains like Ethereum Classic more appealing.

Another argument along similar lines argues that as Ethereum’s popularity increases, so does the price of ether, which makes using dapps more expensive. Again, this is a problem Ethereum Classic does not have. It would also be easy for dapps built on Ethereum to migrate to Ethereum Classic at any time because of how similar the architecture of the networks is.

It’s also unclear what the future holds in terms of regulation. One of the main criticisms of Proof of Stake is that it will lead to centralization, as staking income concentrates in the hands of those who had the most ether to begin with.

In this scenario, it would theoretically be easier for regulators to put pressure on the Ethereum network, compromising the core value of censorship resistance. Many proponents of Bitcoin’s design choices argue that many of the applications used by Ethereum actually don’t need to be decentralized at all, and that running them on a decentralized network is hugely inefficient.

For the time being, Ethereum Classic appeals mainly to cryptocurrency and tech enthusiasts who dislike some of the design choices made by Ethereum. In terms of mainstream adoption, Ethereum is in a much better position, and it doesn’t look like that will be changing any time soon. Ethereum appears to have more momentum in terms of development, by a wide margin.

Ethereum Classic will continue to get the support of a handful of ideologically motivated supporters, and of course the DAO hacker will continue to support the network. As for the recent rally, it may have been supported by investors perceiving it as an “inflation-free” version of Ethereum in the context of the COVID-19 stimulus announcements.

Although Ethereum Classic is rarely regarded as an “Ethereum killer” like Polkadot or Cardano, there is still a chance that its design choices can woo both developers and investors in the future.