Why is Crypto Crashing?

Any time we hear the question of why is crypto crashing, the noise would deafen someone with ear-muffs on. Everyone has an explanation for why the market is tanking, whether now or in general. But this explanation fails to address the very fundamentals of the crypto market.

This is where we hope to make a positive change. Instead of trying to massage you with the fake truths, we'll delve into why the crypto market crashes in the way that it does. Yes, it's affected by market sentiment. Yes, it correlates with other assets. Yes, fiscal policies play a role.

But none of these truly answer the question of what drives the cryptocurrency markets, probably because the answer isn't one investors like to hear. Nonetheless, understanding how the crypto market works and why it suffers from the maladies that it does is key to staying afloat.

The recent LUNA debacle has, for many, reimagined what can happen in the crypto market. A top token becoming worthless overnight is a new one. Surprising, right? When we analyze how and why the crypto market swings, we quickly see that nothing is unexpected. Let's start with the biggest issue that nobody speaks of.

Why is Crypto Crashing? -Table of Contents
Market manipulation and a tale of Bitcoin dominance
Why is cap size so important in the crypto markets?
Why are crypto prices crashing due to Bitcoin dominance?
The top token's overbearing shadow
A new asset class where old money is just as comfortable
A proof-of-stake long before one was made
Terra, Luna, UST: who should crypto investors blame?
Other causes of crypto crashes
Market sentiment
Economic conditions
How to make the most of a crypto crash

Market manipulation and a tale of Bitcoin dominance

When crypto exploded past the $1 trillion market cap, everyone from early investors to doubters was aghast. Is it a bubble? Is it going higher? Their reactions pretty much gave you an idea of crypto's primary woe: market size.

With a market capitalization of $1 trillion, the crypto market is miniscule. A market cap of $1 trillion only sounds large because $1 billion was a previous landmark. Crypto is already being compared to the U.S. stock markets and, to a lesser extent, the U.S. bond market.

Crypto, despite price drops, is a budding market that should see steady upwards long-term growth. On the other hand, both the stock market and the bond market are, according to virtually every senior market analyst, either in a crisis for the ages or heading towards one.

Yet the U.S. stock market currently sits at $46 trillion and the bond markets sit at $49 trillion. The crypto market is so small that it's nearly three times lesser in value than just a single company on the U.S. equity market, Apple. And that includes all the altcoins, of which there are now nearly 20,000. 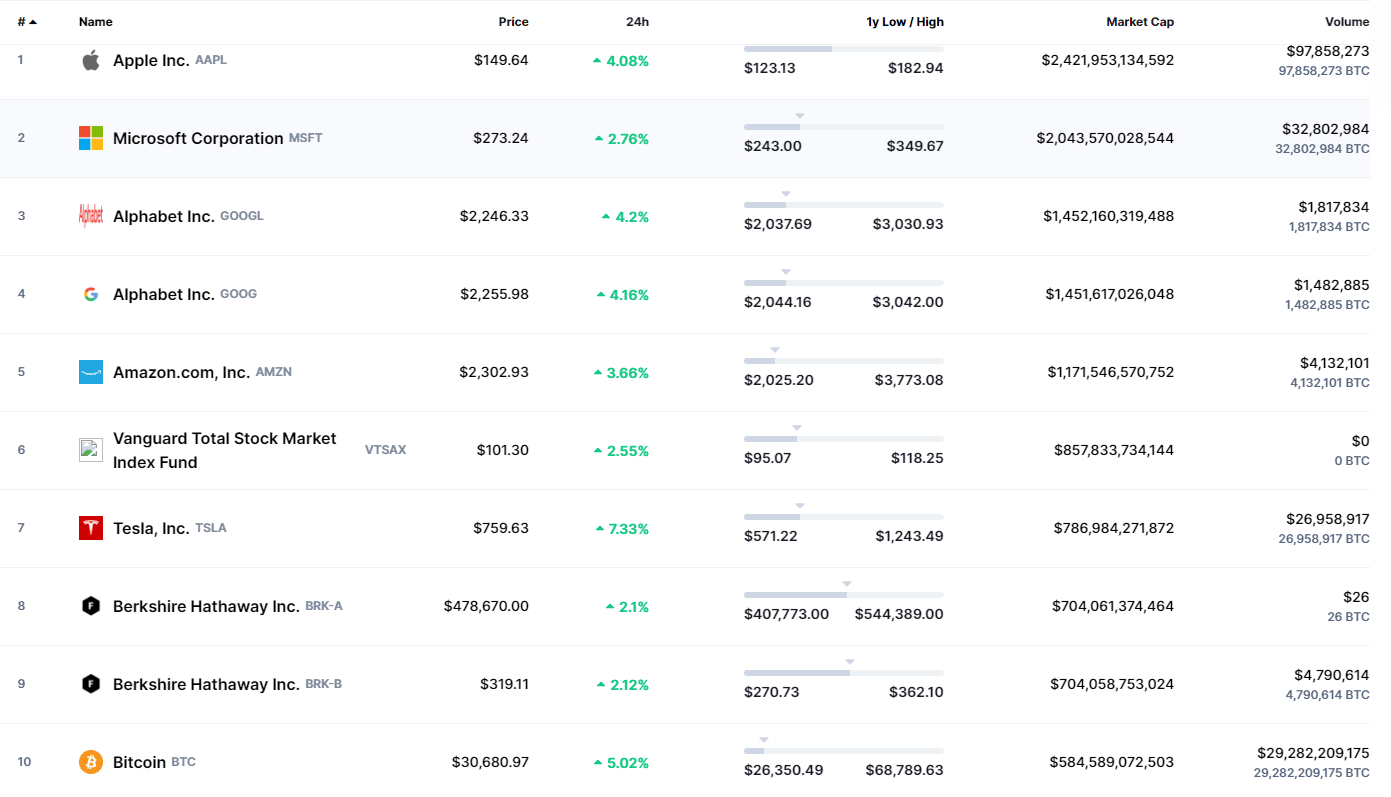 Why is cap size so important in the crypto markets?

The lesser the market cap of a market, the easier it is to manipulate. As an example, all of the tokens in the crypto market could be owned by a single wealthy individual, or two semi-wealthy ones. Bring two people with a net worth of $500 billion together, hardly much these days, and you have the entirety of the crypto market.

While one or two people don't own all the assets on the crypto market, the bulk of crypto assets is owned by wealthy individuals. If large capital missed out on crypto before 2017, they made sure to load up on it during a pick-'em worst day of the crypto market in 2018. This problem is made much worse by what is referred to as Bitcoin dominance. The greater the crypto market's Bitcoin or even Ethereum dominance, the easier it will be to manipulate.

Related: Buy Bitcoin (and Other Cryptocurrencies) on Coinbase Today

Why are crypto prices crashing due to Bitcoin dominance?

The crypto market has made great strides from even just a few years ago when it comes to Bitcoin dependence. It used to be entirely and wholly dependent on Bitcoin performance. Whatever you heard about an altcoin's performance was irrelevant for the most part if Bitcoin was coming under a selloff.

It took an immense amount of adoption and development to make these great strides, but they are still fairly minimal. It was a historic event the first time Ethereum gained while Bitcoin lost, and that happened over a decade into the market's existence. Since then, the correlation seems to have strengthened, and individual coins are once again subject to Bitcoin's moves.

Who owns Bitcoin? Those who can afford it, of course. A Bitcoin looks expensive at $29,000 now, but not crazy expensive. We know that the market has established itself in some form or another. We know that Bitcoin is probably going to go up.

The more Bitcoin grew, the greater the incentive was to sell these 30 tokens. And why not? There were plenty of points where Bitcoin lingered around $60,000. If you had the option to retire with a speculative investment of $12,000 by selling those 30 Bitcoin at $60,000, you would have probably went for it.

And as we understand the mentality of those who move the market and those who don't, we quickly realize that crypto crashes are mostly subject to the whims of a few.

Buy Alternative Assets with Your 401(k) or IRA 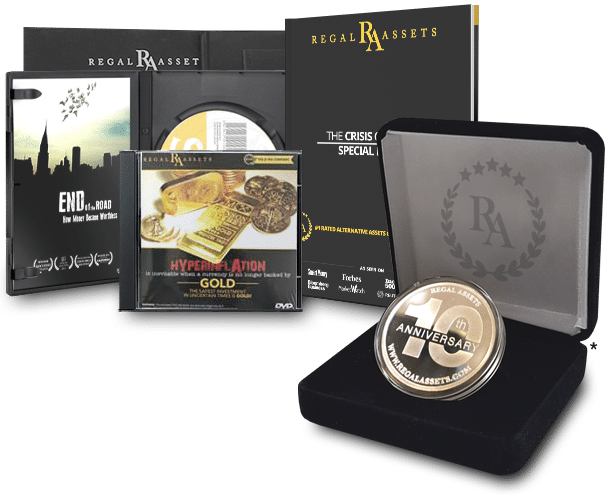 A new asset class where old money is just as comfortable

In the example above, we outlined how the average investor thinks. That's someone who, on some level, needs money. And it was only 30 tokens.

Bitcoin has a total supply of 21 million tokens, of which 19 million have been mined or are "in circulation." When we eliminate proxies, who truly owns most of the Bitcoin?

Those who don't really need money in the sense that most investors do. The people who could, at any point, afford to buy hundreds of thousands, if not millions of Bitcoin tokens without much consideration. 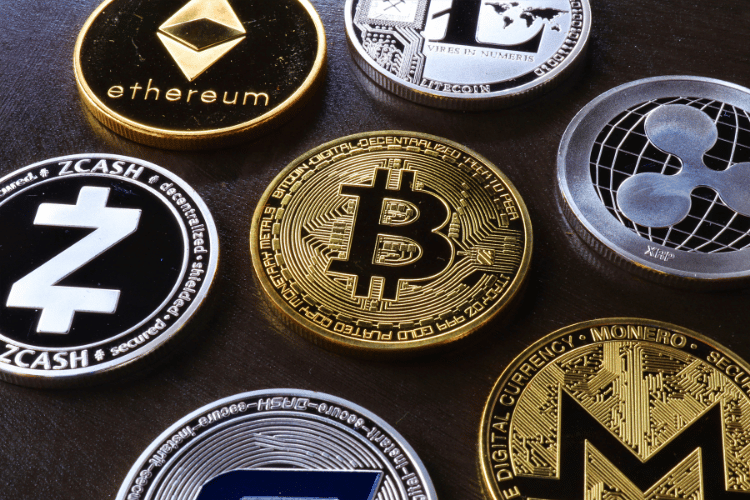 A proof-of-stake long before one was made

In a move hated by many, Ethereum announced a switch to a proof-of-stake mechanism from a proof-of-work one. In other words, the more Ethereum tokens you own, the more relevant you are in the Ethereum market.

But while many shook their head in disbelief, saying that this goes against all things crypto, it's actually very much in line with crypto as our example outlined. Mind you, $400-a-token buyers would have been very late entrants. Wealthy investors tend to make big entries early on.

Having a supply of 100,000 Bitcoin tokens means you can destabilize the market on a whim. You can induce a crash of epic proportions by selling only 1,000 tokens. And you still have 99,000 to go. Having a million tokens gives you what is at this point a majority stake in the crypto market. With Bitcoin dominance still around 45%, you can collapse entire altcoins, which we'll get to soon.

Until crypto investing decouples from Bitcoin in a significant manner, the primary driver of crashes will always be market manipulation by large-cap owners. Sentiment, fundamentals and economic conditions will always be in a distant secondary group. But we'll go over them briefly, though not before outlining a prominent example.

If you've followed the market in recent weeks, you've seen that Terra, along with its stablecoin, collapsed. Both were top digital assets. We've heard theories ranging from attacks on the blockchain, which seems to be the most popular one, to outright fraud on the part of the coin's issuer.

Yet in a world where $1 trillion is no longer that large of a sum, Terra, in all its pricey peak, had a total market cap of $40 billion. It had nowhere near the name recognition of Ripple, the 6th largest currency by a market cap of $18 billion. So if Ripple was to collapse, we would ask ourselves...

Stablecoins are a complicated subject on their own. But they represent, and allow for, a kind of financial stability and decoupling from Bitcoin and other dominant tokens. If one wanted to manipulate the market, one would probably find this unsuitable.

Other causes of crypto crashes

Panic selling is a thing, and we don't imagine it will go away. People see what looks like the market collapsing and rush to sell, too, to avoid losses. In doing so, they make things worse, or the crash more severe. Terms like "buying the dip" are often used, but they are rarely tied into the aforementioned analysis.

Yes, average investors buy the dip. But the ones that truly move the market buy it all the more. So while sentiment-driven panic selling in theory causes crashes, in practice it mostly serves to strengthen large-cap crypto holdings. After all, crypto is currently considered to be under panic selling while Bitcoin is at $29,000. Wasn't it in a bull market when prices were just above $13,000 18 months ago?

Because of the reasons outlined above, the importance of economic conditions and traditional markets is often grossly overplayed when attempting to reason out what's going on with crypto. For example, right now, the stock market is coming under a sell-off that many believe could be the start of a 12-year bubble bursting. Undeniably, crypto is experiencing selling pressure as a result. "Selling in risk-on assets", as some might phrase it.

But what was happening with stocks in 2017-2018, when the crypto market experienced its worst period on record? They were doing just fine. The economy was considered to be in a comparatively strong state, yet crypto got such a hit that many expected it to be wiped out completely. "Crypto back to zero", as the crypto-averse back then would often repeat.

That crypto performed in the manner that it did tells us that its driving forces are far removed from what mainstream outlets would have us believe. Though perhaps there is some solace to be gained from crypto being mainstream.

Everyone right now is expecting a stock market crash. Markets move in a cyclical nature, with bullish periods where assets gain and bearish periods where assets lose. But let's be real: when the crash does happen, will it be random? Why hasn't it happened already, given that barely any bull market in U.S. stock history lasted more than a decade?

How to make the most of a crypto crash

For all that's said above, there's no denying crypto's fundamentals. It's a great speculative market and provides some excellent utility. The crypto sector is, by far, the one with the largest upside.

For as much heat as crypto has gotten over its correlation with stocks, it should instead be praised. Comparing the two markets, as we should, will give us a better understanding of the newer one that many still struggle to define.

The collapse of Terra has many wondering which coin is next. Is the crypto market next altogether? Anyone with any experience when it comes to equities should know better than to ask this question. Companies collapse in the stock market so often that we barely get to hear about them.

Related projects notwithstanding, the crypto market has over 19,000 "companies" now. It's up to individual investors to choose the right ones and stick with them, preferably entering during attractive points. And, most importantly, to not forget their risk tolerance. After all, at one point, the now-$3-trillion worth Amazon was a highly speculative and risky investment on the stock market.