Litecoin: A Beginner’s Guide to the P2P Digital Currency

Litecoin is currently the 16th largest cryptocurrency by market capitalization. Like Bitcoin, it is a person to person (P2P), distributed, blockchain network.

Often called the silver to bitcoin’s gold, Litecoin is one of the oldest “altcoins” (cryptocurrency alternatives to bitcoin) in existence. It was the second largest cryptocurrency for a time, before being surpassed by Ripple (XRP), Ethereum (ETH) and Bitcoin Cash (BCH).

Quick Navigation
A Brief History of Litecoin
What is the Difference Between Litecoin and Bitcoin?
What Does the Future of Litecoin Look Like?
Conclusion

A Brief History of Litecoin

Litecoin was first created by Charlie Lee in 2011, just 2 years after the bitcoin network went online. Lee was an early cryptocurrency advocate from early on. His experience includes time at Google and as the director of engineering for Coinbase, which is currently the largest cryptocurrency exchange in the US.

Lee’s original intention was not to compete with Bitcoin, but to complement it. It was designed to be lighter and faster than Bitcoin— hence the name.

Lee was criticized for promoting Litecoin by some people who accused him of having a conflict of interest. Since he had mined Litecoin since the beginning, he had quite a hoard. Due to this criticism, he sold or donated all of it while the price was around $330.

What is Litecoin? A beginner's guide to @SatoshiLite's $LTC digital currency

He was criticized even more for this, as he was accused of dumping his holding at the top of the market, and netting many millions of dollars of profit. This took place shortly before the market crashed, resulting in losses for many Litecoin investors.

Although he no longer owns Litecoin, he continues to work full time with the Litecoin Foundation, promoting Litecoin’s development and adoption.

In 2017, Litecoin was used as a test ground for a controversial scaling solution called “SegWit” (Segregated Witness) proposed for Bitcoin. In order to deal with increasing transaction volume, changes were proposed to Bitcoin’s code, but since changing the code requires near unanimous consensus, it was very hard to convince the community.

Litecoin deployed SegWit before Bitcoin, and Lee argues that Litecoin adds value to the cryptocurrency community by allowing features to be tested before deploying them on the Bitcoin network. 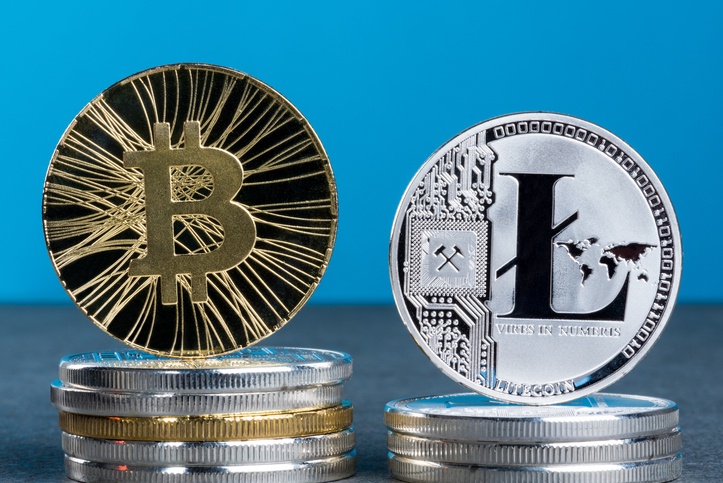 What is the Difference Between Litecoin and Bitcoin?

Litecoin was designed so that the maximum number of coins would be 84 million, exactly 4 times more than the total supply of Bitcoin. The network was also designed to process transactions 4 times faster than Bitcoin, with a new block added to the blockchain every 2.5 minutes, compared to 10 minutes for Bitcoin.

The Litecoin team chose to use a different mining algorithm than Bitcoin. Bitcoin is based on SHA256, an encryption algorithm originally designed by the US government. Litecoin uses scrypt, a more memory intensive algorithm instead.

When Bitcoin mining started, anyone could mine Bitcoin on a PC. The difficulty of mining was designed to scale as the network grew, however, and soon people started using specialized hardware like graphics cards.

Scrypt mining was initially chosen for Litecoin because it would be difficult to mine with graphics cards, meaning people could mine Bitcoin with their graphics card, and mine Litecoin with their CPU at the same time. The team thought this would mean Litecoin wouldn’t compete with Bitcoin for miners, and would provide miners with more opportunities to earn.

The hardware market changed rapidly, however, and Litecoin is now mostly mined with specialized hardware.

The security of proof of work cryptocurrency networks like Bitcoin and Litecoin is provided by miners, and the bigger the network is, the higher the security. Bitcoin is slower and more expensive, but it has much more mining power, so some people view it as more secure.

But since Litecoin uses Scrypt mining, there is much less hardware out there capable of attacking the Litecoin network, so Litecoin supporters argue it is not significantly less secure than Bitcoin.

Related: Buy Litecoin on Coinbase.com - the largest and most secure cryptocurrency exchange

Founded in 2012, Coinbase is one of the largest, oldest, and most widely used cryptocurrency exchanges in the world.

Since the mining hardware market has changed so much, Litecoin’s original aim of allowing miners to mine another currency on the side is no longer served. Litecoin is, however, still cheaper than Bitcoin to send and receive.

The most hardcore supporters of solutions like these believe that it will make Litecoin totally unnecessary. For now, though, Litecoin is still cheaper to send online than Bitcoin, and it’s acceptance by online merchants is second only to Bitcoin.

The lightning network still has some technical kinks to work out, but if it takes off, it could mean that Litecoin will see a decline in usage.

Price is determined by the relationship between supply and demand. Since the supply of most cryptocurrencies is fixed, the greater the demand is, the higher the price will be. Litecoin’s price has usually closely followed Bitcoin’s price, but if Litecoin loses popularity due to the lower cost of lightning network transactions, Litecoin’s price could see a decline.

However, the Litecoin Foundation has also adapted its own version of the lightning network  which works with Litecoin. But if it is unable to offer any significant advantages over Bitcoin’s lightning network, it’s unclear what will drive demand for Litecoin.

For now, Litecoin is still used for many small transactions on the internet. Many investors hold it in their portfolio just because alternative cryptocurrencies sometimes outperform Bitcoin. Some think that something could happen to Bitcoin, and other currencies, like Litecoin could take its place, but this appears highly unlikely.

There is also still considerable demand for Litecoin among traders, which drives a lot of transaction volume. And at this point, the fact that Litecoin has a well known brand and a solid development team means it is probably here to stay.